‘Forgotten dale’ fights to save its pub with open arms 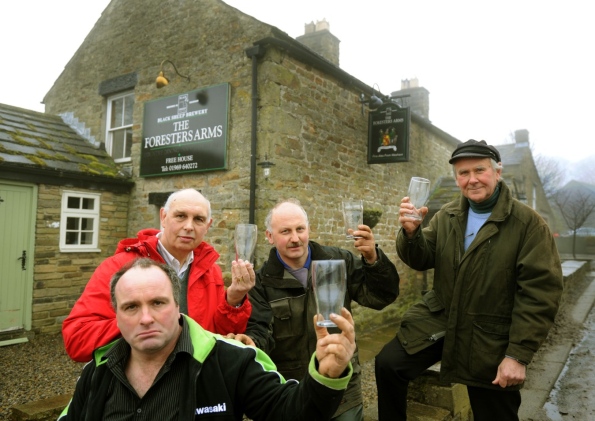 Members of the committee to save the Foresters Arms pub at Carlton, from left, Raymond Brown, Tony Jones, Kevin Utley and Richard Gardner. Pictures: Gary Longbottom

It is known as the forgotten dale – a wild, steep corner of the national park where travellers on the old stagecoach route from London to Richmond would be warned to keep their affairs in order when passing through.

For those rattling along the narrow paths over the Yorkshire Dales at Coverdale in the 18th and 19th centuries, the only solace would be that around the next hair-raising corner was a restorative pint in one of the many pubs nestling en route.

As the decades passed and industry dwindled, so too did the passing traffic – and the coaching inns began to close their doors.

But when time was called on the Foresters Arms at Carlton earlier this year, leaving Coverdale with just one pub left, villagers in the forgotten dale decided to stand up and make their voices heard.

A Yorkshire Dales National Park Authority (YDNPA) planning meeting in January agreed to dramatically reduce the pub in size and convert most of the building into three houses. 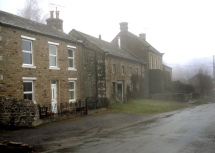 Planning chiefs say it was believed the move would help keep the ailing business open.

But soon after the Foresters Arms closed and its previous owners started stripping away some of the interior, sparking fears that it would never open again.

Now a group of villagers from across the dale have established a committee to take over the pub. They are spending £3,000 to buy up cherished fixtures and fittings including an historic table believed to have come from nearby Coverham Abbey, and have helped persuade YDNPA planners to backtrack over the decision and refuse to change the building to residential use.

Raymond Brown, 46, chairman of the committee which includes farmers, accountants and even a knight of the realm, said: “I have been overwhelmed by the amount of support. 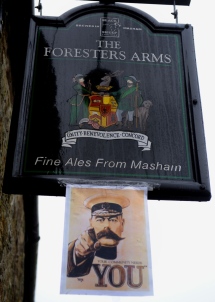 "This shows the wealth of affection that people in rural communities have for their pubs. We used to have a school and three shops in the village and now there are none.

This is something that communities themselves need to fight for.

We have had a succession of landlords come and go and we are really going to try and make a go of this.

We are prepared to do whatever we can to secure a pub for the future of the dale.”

The Carlton in Coverdale group have been given assistance by Paul Cullen, chairman of the Hudswell village co-operative, near Richmond, North Yorkshire, which raised £200,000 to buy their pub after it closed in 2008.

Mr Brown says they need to raise around £300,000 to buy up the Foresters Arms.

A website has already been set up, while pledge forms and Lord Kitchener-style posters asking for people’s backing are now being distributed across the dale.

Another member of the committee, Sir Richard Gardner, a professor of embryonic stem cell research who moved to Carlton in Coverdale after retiring from Oxford University, said: “It was very depressing when the pub closed.

Part of the charm of the pub was it was the best way to get to know people in the community.

We have got to know a lot of people through going there.

I don’t think anybody involved in this has any inclination to run a pub, but if we buy it communally then we can appoint people to run it.

If we manage to raise the money, this will be a huge achievement for the village.”

Mr Brown was one of a number of villagers who made an impassioned plea to the YDNPA planning authority to persuade them that the decision they made in January was wrong.

The head of planning at the YDNPA, Peter Watson, said: “In January, the committee voted to approve a potential change to residential use.

The situation changed in that time and they received information that the pub had been closed and stripped out and there was a high level of concern whether it was to remain a pub.

Members were concerned by the turn of events that it might be a sign that the facility was being lost.

Our priority is to protect them wherever we can."

“The committee resolved to refuse the application for the change of use and it will now go back before a meeting in April for a final decision.”